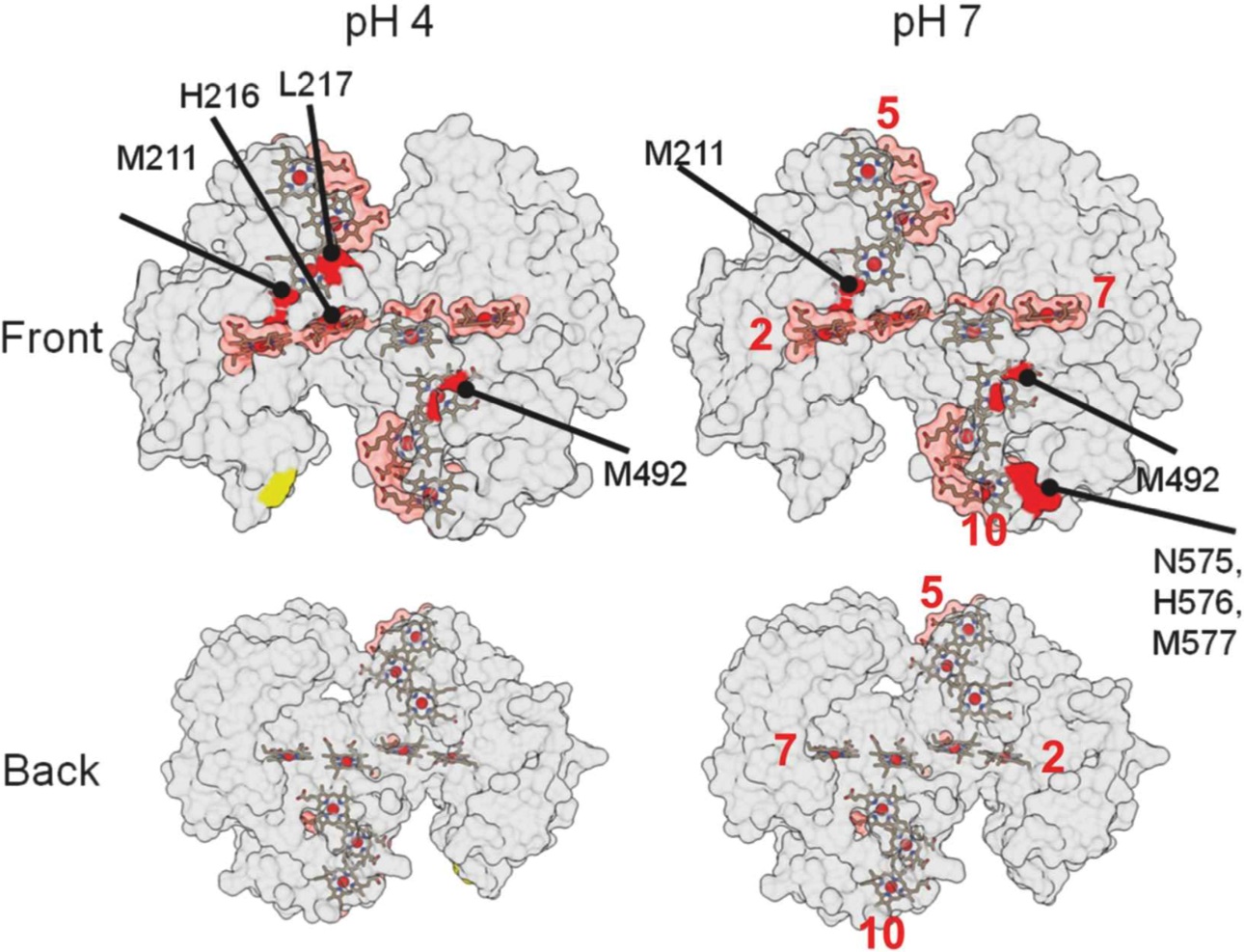 Scientists have discovered the details of an unconventional coupling between a protein from the metal-reducing bacterium Shewanella oneidensis and a mineral that allows the bacterium to breathe when oxygen is unavailable. The work could help answer a long-standing question in microbiology: how do bacterial proteins interact directly with minerals to transfer electrons and allow the microbe to live?

The researchers used an X-ray-based technique known as “footprinting” to pinpoint the chemical connections between the bacterial protein and nanoparticles composed of iron and oxygen. Footprinting reveals interactions of proteins in a near-native environment. The technique identified a surprisingly small and weak binding site that had already been mapped, but it also revealed how the site binds to metal-containing minerals—a feat that conventional techniques had been unable to accomplish.

The study provides insight into ways to design proteins with better electronic connections that can be used to build more sensitive bioelectronic sensors. It could also lead to new innovations in linking proteins to other materials for bio-based electronic devices, such as sensors that can diagnose disease or detect contaminants. And it could help researchers understand and control the chemical reactions sparked by these protein-material interactions and, eventually, how organisms remodel their environment and make biominerals.

Work was supported by the Laboratory Directed Research and Development Program of Lawrence Berkeley National Laboratory (LBNL), performed at the Molecular Foundry and Advanced Light Source and used resources of the Joint BioEnergy Institute (JBEI), supported by the Office of Basic Energy Sciences (OBES) and Office of Biological and Environmental Research (OBER), U.S. Department of Energy (DOE) Office of Science.